After a week away from the shed, the bind weed came in through the window and started using the shafts of the hoes and spades to climb up.

Today is the last day of August, the last of the summer months. There should still be plenty of good weather to enjoy here, but part of me is pleased to slow down as the frantic pace of a hot, wet summer of growing eases off.

There is still plenty to do in the vegetable plot. The cucumbers and courgettes are rioting. The pumpkins have been slow to set fruit, but four whoppers are now growing in an absolute jungle of leaves and runners. Unlifted potatoes are starting to sprout and must be dug up and curly kale seedlings need thinning for winter growth. The patient parsnips have been growing all summer and a few sweet potato plants have crawled between everything, their tubers waiting for discovery.

But they can wait.

Autumn will be here soon enough.

I think I’ll let the bind weed wind round the spades a little longer.

Today I am watching swallows. They are so low over my head I could touch them. They slice and swoop and chatter and are impossible to photograph. Amongst them are stocky house martins weaving the late summer sky with a sound like laughter.

I should be at work, but I am still weak from a freak mushroom poisoning incident at a local restaurant. This wasn’t your ordinary food  poisoning experience: it involved crawling to the neighbours, an ambulance each and emergency hospitalisation. Everyone who ate the wild forest mushrooms had the same experience. We both feel like we have been hit with a brick and lucky to be alive.  We both know enough about fungi to know about the one that makes you sick, then you recover, then you suffer irreversible organ failure and die ( destroying angel), but as I am watching swallows, it looks like we didn’t eat that one!

Swallows are usually so far up you can hardly see them, but today they are feeding on the insects rising from my little patch of grassy, shrubby, flowery rich paradise. Things we take for granted sometimes come very close to remind us that they are there: sometimes it is summer birds, sometimes it is a brick called life!

There is so much bad news , so much that scrapes the skin  from your flesh and leaves just flinching, flayed nerves alive to every sadness. And so we turn our eyes away, watch a moth bulging at our self indulgence with blissful alien incomprehension, listen to the hoot of an owl, calling between the roar of the jets, read haikus, allow a late flower to suprise us and to delight us and we hold on as the world turns and turns and we hold on, hold on. 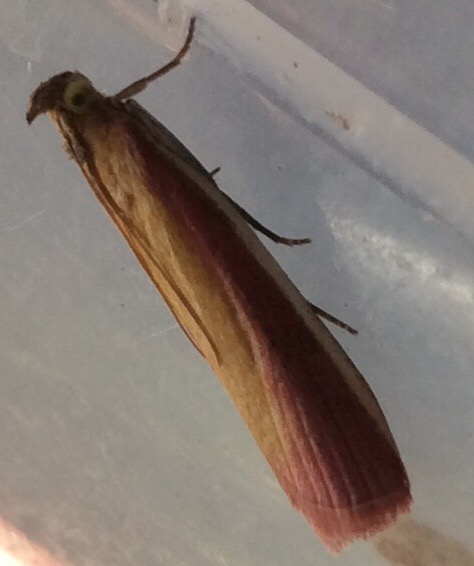 It is still summer and glittering.  Jewels hunt amongst the rose petals and the perfume of heat is strong.

But the night is cooler and the dawn later. The bats are coming into roost over the apple trees when I have to leave for work, their tantalising trails of clicks and whirls are caught by the bat box and then forgotten in the blur of noise and traffic and faces and faces and faces that fill the working day.

And take me away.

This swallow was nesting above the cutlery shelf in a busy English beer garden. Drinkers clattered by collecting knives and forks, ketchup and vinegar and bar staff plonked down ploughmans’ lunches, Sunday roasts and Branston pickle sandwiches on their way to tables ringed by hungry drinkers.  The swallow ignored them all  and safe between the electrical wires and heating ducts brought butterflies and bugs back to its brood of hatchlings .

I have put up artificial, purpose made nests for swallows and house martins all round my house, just above my garden which is heaving with insect banquets and the birds have spurned them all. I have laughed at the improbability of my neighbour ever populating his huge new house martin monster hotel as he insists on constantly shaving the grass beneath with noisiest  lawn mower known to creation. However, it seems I have been totally wrong about what these birds want, as this picture proves. To attract swallows to nest in harmony give them chatter, clatter, the smell of cooking and the fumes of plenty of good bitter beer!

Summer rain, washing away the dust: cleaning and cooling the clouds and leaving grey sheets of warm perfumed air in its wake.

Butterflies shelter in the vine dry against the house wall.

The lavender is curved down by the wet weight of its own heavy loveliness .

The cat leaves off hunting sparrows sheltering on the bird table, in order to cringe from the low thunder.

Now it is glittering sunshine, now black towering clouds, now the suffocating perfume of budliea breathing through the saturated air.

Will there ever be a day like this again? 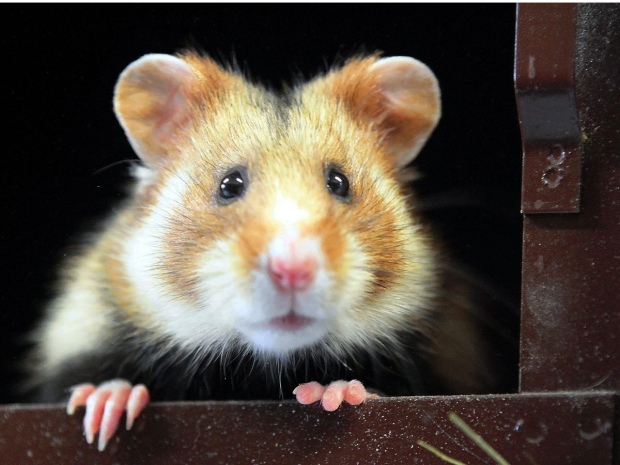 The Giant Hamster of the Alsace is a remarkable creature. It is one of the most endangered animals in France and one of the least loved. It is almost 10 inches long, covered in golden fur with a bizarre black and white spotted tummy, big eyes and delicate paws. The French care so little about this wonderful teddy bear, that the European Council had to fine them millions of euros before the government did anything at all to help the last 180 animals in the country.

A small band of concerned naturalists brought the giant hamsters’ plight to the authorities and may just have saved it in the nick of time, but it is still critically endangered in France .  I guess there is something inherently funny about the concept of a giant hamster and I wonder if that is part of the problem.

The real problem for Giant Hamsters is maize. The low land parts of the Alsace are absolutely covered in it. This monoculture has been a disaster for so much flora and fauna in Europe. The plant takes for ever to germinate and the bare soil is washed away every year in spring rains.  The farmers plant right to the field boundary leaving no millimetre for wild flowers and animals. Anything that might get a toe hold in an uneven corner is sprayed dead with weedkiller and/or mowed flat.

Hamsters need grain and alfalfa, cabbages: in short a mixture of agriculture and wild food. Food is pulled down into underground burrows and used to feed themselves during their six months of hibernation safe below. They can’t eat maize and they can’t travel distances between suitable areas of food, especially when housing , motorways and hyper markets have covered covered the lowlands too.

These sturdy, intelligent burly creatures reproduce only once a year, have small broods and do not respond well to captivity; so getting their numbers up has been as difficult as breeding giant pandas! The population is still critically low at only 200 and they need to creep up to a massive 1500 to have  sustainable numbers.

I saw my first Hamsters at the NaturOparC (sic) in Hunawihr where they are doing their absolute best to pull this unloved cutey back from the brink of extinction in France.

It seems curious that first world country like France can allow such an iconic and adorable creature to be lost . They are already extinct in neighbouring Switzerland, and so I wish the last few all the luck they can cram in to their round furry cheeks.

This cracked tile shows one standing up on its hind legs displaying the distinctive spottey tummy. 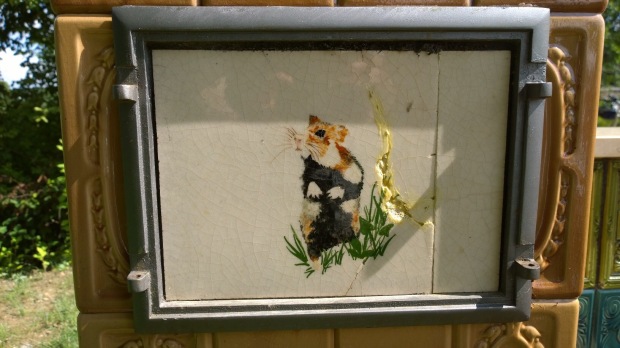 This caught my eye.

What do you see?

Put your ideas in the reply box for fun. 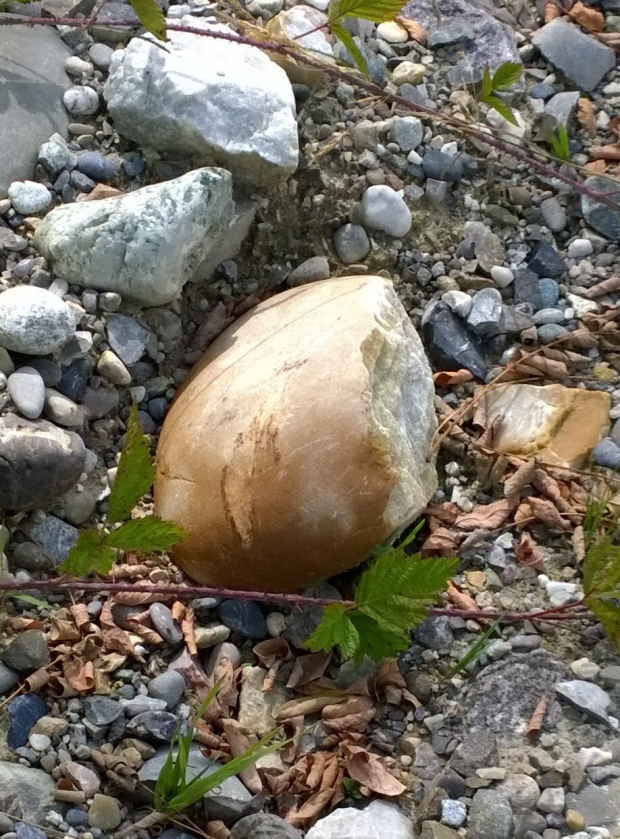 I saw this wonderful graffiti this week near a hydroelectric dam on the Rhine river.

I was thinking of it as I watched the sky light up over Basel in celebration of Swiss national day this evening.