The leaves are not yet out, but the sunshine is dazzling. So much extraordinary, unmitigated light is flooding me in a kind of shiney March madness. Everything is bare and beautiful, raw and stark and shadowless.

The bright early spring has tempted me to start mothing earlier than usual. The nights are still frosty, but some wonderful moths are flying already. Most early moths have over wintered as adults and tend to be restful shades of brown and grey to avoid  predation. I have found modest quakers, hebrew characters and brindled beauties. This speckled specimen reminds me of a garibaldi biscuit as it scuttles quickly under  the few emergent leaves to wait out the bright spring sunshine until peaceful night time.

Our  flat in Switzerland was like posh student accommodation. Two very small bed rooms and an open plan room with a lot of glass, but no window sill to rest my plants upon.

I never realised how much I needed walls until I moved to Switzerland. Before that I had taken them for granted, but the Swiss are very modern, love glass and see little need for walls. If you couple this with a very high population density then you have dinning rooms that loom strangely in space, over each other. You can admire each other’s cooking, cutlery and even flatulence at disturbingly close quaters with total strangers. I couldn’t get used to such intimacy and did the same as we did in Brazil, blocked it out with plants.

We bought weeping  fig trees that loved the reflected heat of our “ wintergarten” and raced away. In the wonderful Swiss second hand store or “brokie” I found a set of shop shelves, with wheels which I loaded with devils ivy cuttings, filched spider plant babies and some geraniums abandoned at the end of the summer that I fed and costeted. They responded by flourishing and giving us some semblance of verdant privacy.

The flat had no balcony, but it did have a set of concrete steps up to the front door that were ours alone. As soon as our first winter was over, I started to buy plants and to move them outside. I started with yellow primroses from the coop and graduated, as the sun strengthened, to ivy leaved geraniums, that trailed red flowers over each open step. In the wonderful botanical garden I snipped a few modest cuttings of lemon, peppermint and rose scented geraniums, potted them up and nursed them and soon it was almost impossible to get up the step and into the flat for perfumed and coloured plants.

Watering became an obsession, as each plant was in a planter small enough to fit each individual step and one day of sunshine could dessicate  the whole pot.

We had been given very precise instructions when we rented the flat about what was allowed and what was “verboten”. Using the washing machine or showering after 10 at night was not allowed; hanging out washing was not allowed and shaking a table cloth out of the window was punishable by death. I was therefore very careful not to irritate my neighbours below by over watering and dripping on their doorstep. However after two years of squeezing more and more plants into our improbably small space, My Swiss neighbour actually volunteered to water my babies when we went away and started to talk to me!

At the top of the steps we put the tiniest BBQ known to man and if we each sat on a different step there was just space for us both to eat a chicken leg and for our cat, Bonkers the Magnificent ( who had survived Zambia, Kazakhstan and  six months quarantine in England) to survey his new, peaceful and eminently edible kingdom.

Kaskhstan. All My Gardens Part 8

All my Gardens- part 6 : Brazil – humming birds and high rise.

All my Gardens -Part 4: Costa Rica and the big world.

© cathysrealcountrygarden. Unauthorized use and/or duplication of this material and images without express and written permission from this site’s author and/or owner is strictly prohibited. Excerpts and links may be used, provided that full and clear credit is given to Cathysrealcountrygarden with appropriate and specific direction to the original content. 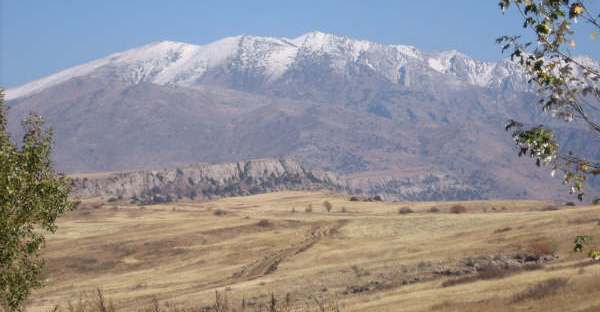 The strangest place I have ever tried to garden was Kazakhstan.

Our first apartment had two balconies. The first faced into the courtyard of the concrete blocks . It had a washing line and you could glimpse the steppe from the top floor as it rolled out, brown and flat to distant Russia. I realised that growing things here would be difficult when after a couple of seeringly  hot months my washing froze to cardboard cutout stiffness over night.

The other balcony was boxed in with wooden sides and glass. On the shelves there were still pickles and jams, left by some previous tenant, making use of the cold space to store carefully preserved food, as everyone used to do before the supermarkets came. There was no window sill for plants, but there was an extraordinary view of the Tian Shan mountains . This was Almaty, at the far south east tip of Kazakhstan, the old capital and the most stunningly located city sprawling between the snow capped mountains linked to the Himalayas in the south and the central Asian steppe to the north.

When I lived there remnants of the former USSR were every where, but so too was the newly independent Kazakhstan rediscovering its nomadic and Muslim roots.

In our first year we managed to grow nothing, but the school had a remnant apple orchard, which was so perfumed and perfect in the spring it made me cry. Almaty is supposed to be named after the father of apples and the genetic parent of all apple trees does apparently originate in the country.

Bonkers the magnificent came with us from Zambia and after a lot of bribery and some crying, we got him through customs in one piece. He hated the apartment, there were no chameleons to chase and indoor life did not suit him. We put him on a cat lead and took him to the orchard, but he collapsed as though his back was  broken and then escaped up a tree, only to be retrieved with a broom.

We found another apartment in the centre of the city . It had another boxed in balcony full of pickles under which trams rattled and shuddered. This was in the same street as the magnificent state opera house, which broadcast its music for free on summer evening to those who could not afford the tickets to the plush boxes, but who could listen to the outstanding performance on the street, cooled by the great glaciers fed fountains .  Bonkers preferred this apartment, as the balcony that faced the courtyard was laticed with bird cage wrought iron and he could catch a breeze while watching the bats plunge out of the plane trees and listen frustratedly to the scops owls calling in the summer time.

He was never allowed out, as he would not have found his way back up to our top floor home and there were rats bigger than he was by the bins. The rats grew plump on the bread left out by my neighbours who considered it a sin to throw bread away and so it was left carefully off the floor for whoever, or what ever may need it.

To assuage his terrible yowling I ocassionally carried him down to the courtyard, where he would be admired by neighbours who would bring their own imprisoned moggies to their own windows to be introduced in a mixture of Russian, Kazakh, English and German.

On the bird cage balcony I grew red geraniums; hung spider plants and tradescantia and grew the best sweet peas ever, trailing up the iron work until the summer heat burnt them off . French marigolds grew well and a jasmine reminded me of Zambia and of Greece. Everything had to come in before the temperatures crashed for the long cold winter, the double glazing closed and the city wide heating  turned our sunny kitchen into a greenhouse.

I remember tiny bunches of the first real  flowers from the steppe: miniture  tulips and irises sold by old ladies infront of the cathedral on my birthday and wishing I could explore more of the steppe myself, and feeling the cold air falling from the mountains on my back and wishing I could really explore them too.

We explored the balcony and watched an extraordinary city instead.

© cathysrealcountrygarden. Unauthorized use and/or duplication of this material and images without express and written permission from this site’s author and/or owner is strictly prohibited. Excerpts and links may be used, provided that full and clear credit is given to Cathysrealcountrygarden with appropriate and specific direction to the original content.

I had the pleasure of living and working for three years in Kazakhstan. After a fresh fall of snow, in sub zero temperatures, I watched from my apartment window as my Kazakh neighbours dragged their carpets out into the snow filled court yard to clean them.

I soon learnt that the snow must be fresh and soft, not compacted and the temperature must be low enough that nothing is melting. Then you simply rub the carpets in the snow or walk about on them face side down and then beat the snow off with a beater or stiff broom. The dust and dirt clings to the snow and is lifted out with miraculous ease. The colours of the carpet are completely unspoiled as the snow is long gone before it melts. After a warming beating , the rug is dry and ready to go back in front of the fire.

As temperatures today never  got above minus three, it was the perfect opportunity to clean two silk and two wool rugs. My neighbours had been celebrating trois rois and stepping out for a cigarette, still wearing their paper crowns, watched me in bemusement. I tried to explain in bad French that this was the perfect way to clean a rug and they smiled . I am sure this will add to the stock of village tales about the odd English.

Central Asians make the most beautiful carpets in the world. Their intricacy and rich colours are legendary. These carpets kept the yurts , surrounded by vast steppes of snow, warm and snug. They also know how to clean them and my faithful rugs now look like new!