The houses are lit up, but the gardens are empty, only rain and wet birds buffet over the sodden ground. Youthful  pretention is swept away; no awnings and patio furniture; no bbqs; no tofu: just wind and dead leaves.

A kite quarters in the dark clouds; a bull finch calls with its monotonous single note; the wind chimes clash in a sudden squall and the wood smoke blows the years away between today and Bruegel and every long, waiting winter day, still raging at the dying of the light. 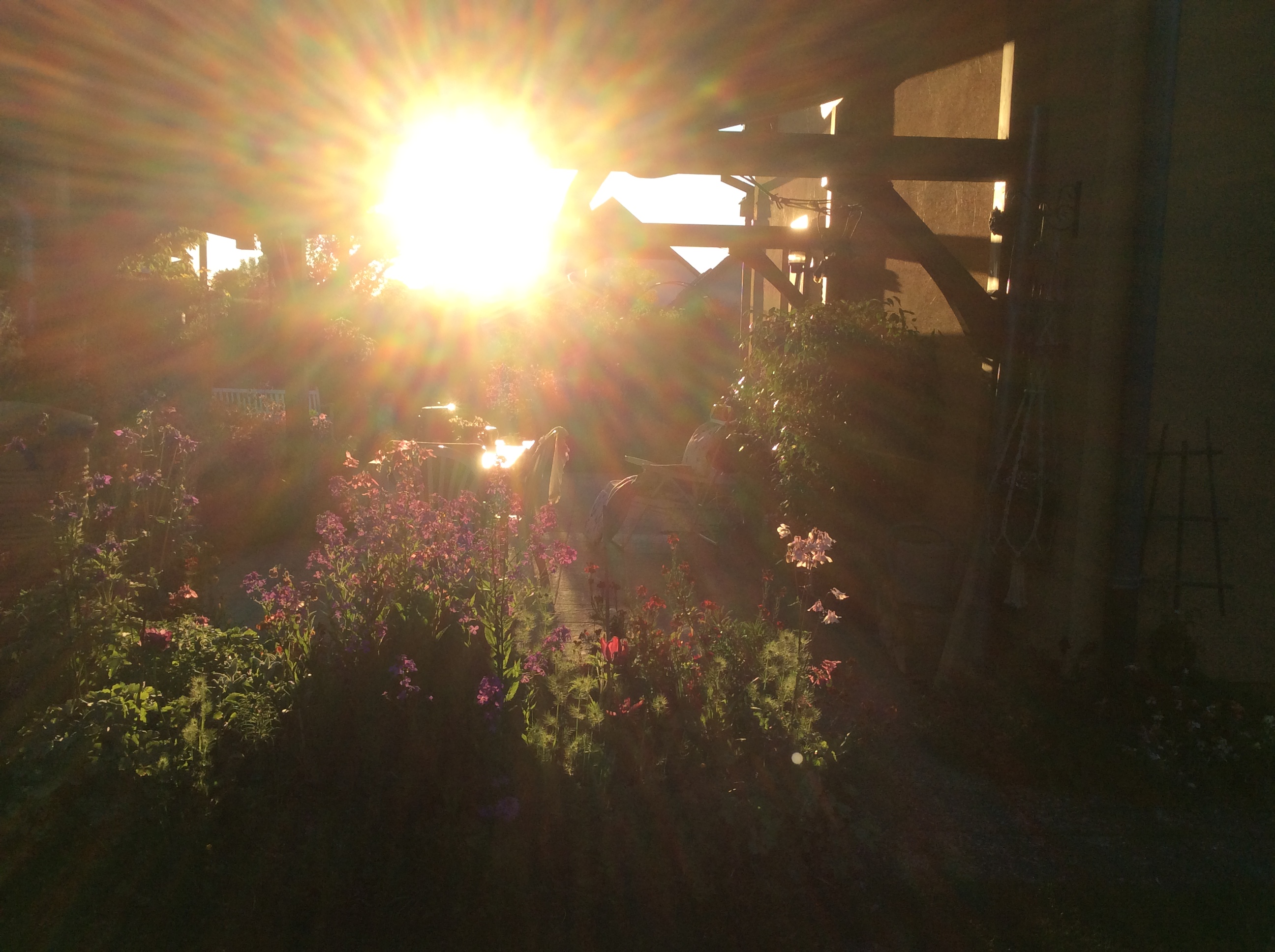 Christmas trees have history . Pagans used ever greens to bring life to the darkest day of the year and they have been brought into homes down the centuries around the shortest day of the year to comfort us with the knowledge that the world is not dead and that birth will happen.

The very earliest recorded public Christmas trees are from Latvia and Lithuania and the idea seemed to have traveled south to Germany where a tree was set up in 1570 decorated with apples, nuts, pretzels and paper flowers. Martin Luther is credited with putting up the first tree in a home and the fashion spread.

This year was such a good apple harvest here, but the pressoir is finally closed as nearly all the apples have been brought in and juiced or turned to cider.  However some trees still hold on to their apples. Perfect red or yellow apples hang from leafless branches like an opening for Sleeping Beauty .The  idea of collecting and even gilding such winter apples is obvious and hung on fir trees they were the prototype for the glass baubles and decorations of our artifical trees today.

Queen Victoria’s German husband brought the Christmas tree tradition with him to England and an engraving of the family admiring their decorated tree started a fashion that swept the country.  I love the detail that the same engraving was reproduced in the USA , but the woman was without her crown and the man without his mustache in order to make the figures look like an American family – and so the Christmas tree became fashionable across the Atlantic and eventually the whole world!

Strasbourg Christmas market is the oldest in the  world. The capital of the Alsace also calls itself the capital of Christmas. German and French alternately, Strasboroug has kept alive the traditions of the Christmas tree for over 400 years. The shootings in the colourful market earlier this week by a deranged criminal with a gun were frightening, but the stalls will be open again this weekend, the police have done their job and the last uncollected apples on the trees are still telling the story of light in the darkest time of the year.

The autumn leaves were falling in a dry rustle around us as the trees slowly, reluctantly gave into the darkening days and sighed down to the woodland floor. My eye was caught by something bright red:  careless trash, I assumed, but stopped a moment to check.

Among the leaves was something far odder, older and much fouler than a discarded sweet wrapper. Spongy, fleshy, organic and disturbing, on an October afternoon I had stumbled upon a witch’s heart lying decomposing on the forest floor.

Clatharus ruber has many names: witch’s heart; stinking basket; Stinking cage and it is found in Europe and also in the Americans. The cage of rubbery bright red life erupts from a white egg and the first naturalist to describe it in the 16th century thought it was a marine animal . This fungus appears and decays into a stinking mass in 24 hours. This film clip shows the whole gruesome process:

It took the contents of my water bottle to wash the stinking fungal spores off my fingers. The smell is utterly repellent. You would have to be a carrion fly to appreciate it, but I am glad I got to hold the heart of a witch for just a few jellified, soul shuddering moments! 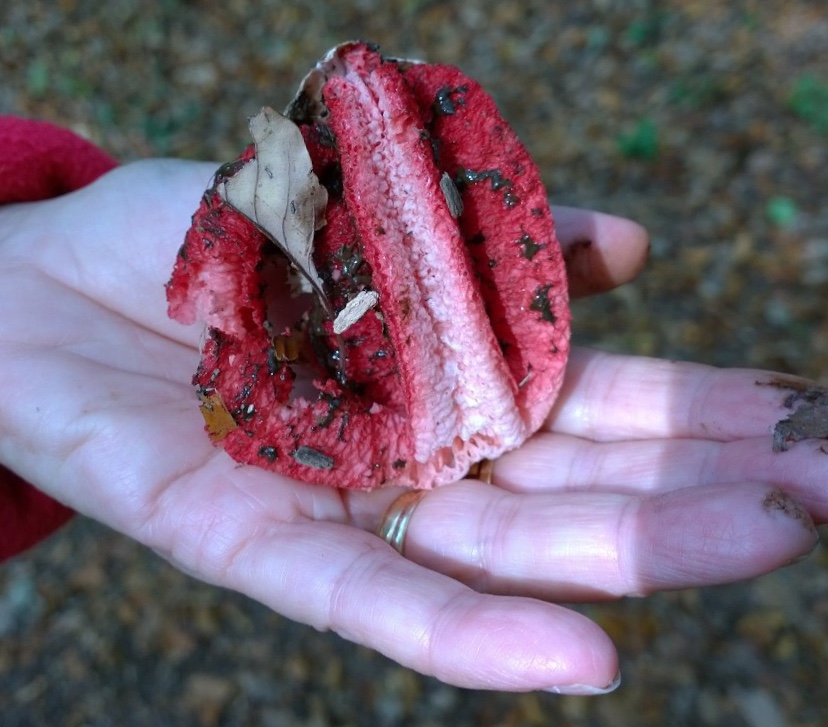 Today was hallucinogenic lace. Threads of nothing from branch to no where and then gone. Lines across the eyes that lift and leave and we feel that it meant something, but it couldn’t, it wasnt there.

The spiders were balloning. Fine autumn weather and wolf,house and crab spiders take to the air throwing out gossamer lines to launch the next generation on the wind. Such wonderful faith in the future, they throw themselves on the hallucinary beauty of the breeze. We blink our slow eyes and almost miss the marvellously minute migration in the air all around us.

Summer solstice. The spiders swing into the new season, the garden exhales and the sun burns beautiful all day.